Learn about the Transformation Fund toward the bottom of the page.

About the Transformation Fund

Headwaters launched The Transformation Fund in response to the murder of George Floyd and to the ongoing culture of violence and white supremacy in our society’s systems and institutions.

The Fund will make grants to grassroots organizations that address their community's immediate needs. We will also invest in groups that demand change and hold law enforcement and elected officials accountable. We invite individual donors and philanthropic institutions to make bold and powerful financial investments to the Fund.

On Monday, May 25, 2020, former veteran Minneapolis Police Officer Derek Chauvin kneeled on George Floyd's neck during an arrest over a counterfeit $20 bill. Within nine minutes, Mr. Floyd was unresponsive and pronounced dead when he arrived at the hospital. Throughout that week and the weeks that followed, peaceful protests took place across Minneapolis and Saint Paul; protesters were met with tear gas and rubber bullets from law enforcement and the National Guard. Meanwhile, far-right militias and anti-government extremists from other communities came into Minneapolis to set fires, loot, and cause massive destruction that lasted for days.

As always, we also encourage people to make gifts directly to groups organizing for racial justice. Here are a few organizations that we suggest:

The murder of George Floyd--like the killings of Jamar Clark, Breonna Taylor, Tamir Rice, Philando Castile, Jonathan Sanders, Ezell Ford, Eric Garner, Terrance Franklin, Alton Sterling, Thurman Blevins, Michael Brown Jr., Jeremy McDole, David McAtee, Tony McDade, John Crawford III, Timothy Russell, Malissa Williams, Sandra Bland, and so many other Black people in our city and across our country at the hands of the police--is a call to action. As a foundation, we are prepared to organize our donor and philanthropic communities to give boldly, to advocate vigorously, and to act powerfully. We demand justice for George Floyd, but we won’t stop there. We believe another world is possible right now—one where all Black People, Indigenous People, and people of color (BIPOC) matter and lead us towards a just future.

We will share information about how we plan to use the dollars we raise to make grants to community-based organizations. 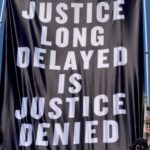